Christmas again! Back in 2008 I wrote a monthly newsletter and the December edition included some Christmas items from the PGA library. Here is one of them. You can still read the entire newsletter with all of the Christmas stories.

A short extract from: 'That Pretty Girl in the Army,' from "Children of the Bush," by Henry Lawson

We had dinner at Billy Woods's place, and a sensible Christmas dinner it was—everything cold, except the vegetables, with the hose going on the veranda in spite of the by-laws, and Billy's wife and her sister, fresh and cool-looking and jolly, instead of being hot and brown and cross like most Australian women who roast themselves over a blazing fire in a hot kitchen on a broiling day, all the morning, to cook scalding plum pudding and redhot roasts, for no other reason than that their grandmothers used to cook hot Christmas dinners in England.

And in the afternoon we went for a row on the river, pulling easily up the anabranch and floating down with the stream under the shade of the river timber—instead of going to sleep and waking up helpless and soaked in perspiration, to find the women with headaches, as many do on Christmas Day in Australia.

The entire ebook "Children of the Bush" from which the above story was taken, is worth reading. It includes the story 'The Ghosts Of Many Christmases,' which is a little long to include here.

The First World War and ANZAC

Remembrance Day (also known as Poppy Day or Armistice Day) is observed on 11 November each year to recall the end of hostilities of World War I in 1918. Hostilities formally ended "at the 11th hour of the 11th day of the 11th month," in accordance with the Armistice, signed by representatives of Germany and the Entente at about 5:15a.m. that morning. The war officially ended with the signing of the Treaty of Versailles on 28 June 1919.

On 11 November 2013, former Australian Prime Minister Paul Keating delivered a Commemorative Remembrance Day Address which began with the words "Nine months from now, one hundred years ago, the horror of all ages came together to open the curtain on mankind’s greatest century of violence – the twentieth century." Mr. Keating was, of course, referring to the start of the First World War, which began on 28 July 1914. He then went on discuss Australia's participation in many of the wars of the twentieth century.

Many of these resources can be accessed from our First world War page. 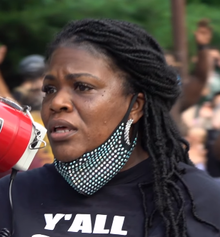 In November 2020 Cori Bush became the first-ever black congresswoman for Missouri’s first congressional district. She noted, in her victory speech, that she is a single mother, a nurse and a covid patient. At one time she struggled from week to week, sitting outside the payday loan office, wondering how much more she would have to sacrifice.

Amid the turmoil of the 2020 US presidential election and Donald Trump's shenanigans aimed at deflecting attention from the fact that he had probaly lost the Presidency, came Cori Bush's uplifting victory speech. Thank goodness that the United States is populated by tens of millions of good people like Cori Bush. 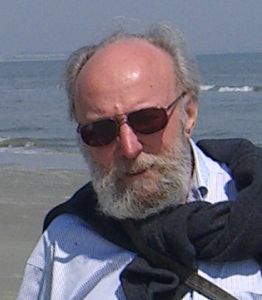 After twenty years spent creating ebooks for Project Gutenberg, as well as correcting or modifying existing ebooks to meet changing standards, or checking and putting online the work of others, Dr. David Widger has retired. David swapped a life in solo medical practice for a life of "book-making", keeping much the same hours for Project Gutenberg as he had kept in his medical practice, often working seven days a week.

People who volunteer, in any walk of life, give freely of their time and, often, their money, to benefit others and to assist communities. Making and correcting ebooks is different to most volunteering roles in that the volunteer works without others. He/she has, however, the company of the words of many wonderful writers.

Most volunteers go unheralded in the wider community—they are often anonymous. They do the work as a service. As Eric Gibson wrote, in The Wall Street Journal, "Anonymity is the truest expression of altruism."

Some of David's work can be seen on this site at Dr. Widger's Library. 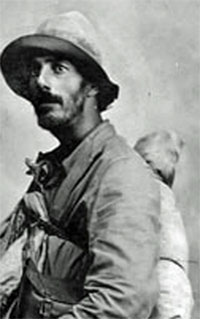 He left Fremantle on 24 November 1920 and walked to Sydney by way of Kalgoorlie, along the Trans-Australian Railway, and then via Adelaide and Melbourne, a distance of approximately 2800 miles. He intended to walk the distance in eighty-five days, at an average of thirty-three miles every day. In the event he took 90 days, averaging about 30 miles, or 50 kilometres per day.

He claimed the following records for parts of his walk:

De Brune walked along the trans-continental railway line for much of his journey and then continued to follow the railway all the way to Sydney. By following this course he availed himself of water from the holding tanks used to supply water to the locomotives which plied the tracks. He also visited the camps of the railway maintenance workers. It is unlikely that these records have been broken as modern walkers would not follow his path. The walkers, almost certainly would not have travelled unaccompanied and unassisted.

In 1933 Aidan de Brune printed and published 3 issues of The Little Theate Magazine. Project Gutenberg Australia published the page images of these magazines in November 2020 to commemorate the beginning of de Brune's first long walk, from Fremantle to Sydney, which commenced on 24 November 1920. The magazine was edited by Noëla Marienthal. These page images, together with ebooks of De Brune's other works, can be accessed from de Brune's listing.

An "Old" Commentary on the United States of America

It seems that the malaise in the US has been present for some time. The following  quote comes a short piece titled A Plumb View, published on 9 November 2001. I am sorry to say that I did not make a note of the name of the publication in which it appeared. I found the photocopied sheet in a drawer where, 19 years ago, I must have placed it.

Simon Schama spoke to the great British historian Sir John Plumb just before he died late last month. Plumb, a long-time admirer of the United States, was not optimistic about the country's survival.

Schama related in last week's "New Yorker" that Plumb likened modern America to the late Roman Empire: "impossibly over-extended, beleaguered by barbarians, aware that all its glories of law and engineering might yet be demolished by incomparably less sophisticated peoples for whom destruction is a vocation and life is expendable.

So many gods, so many creeds
So many paths that wind and wind
When just the art of being kind
Is all this sad world needs
—Susanna de Vries

This site is full of FREE ebooks - Project Gutenberg Australia